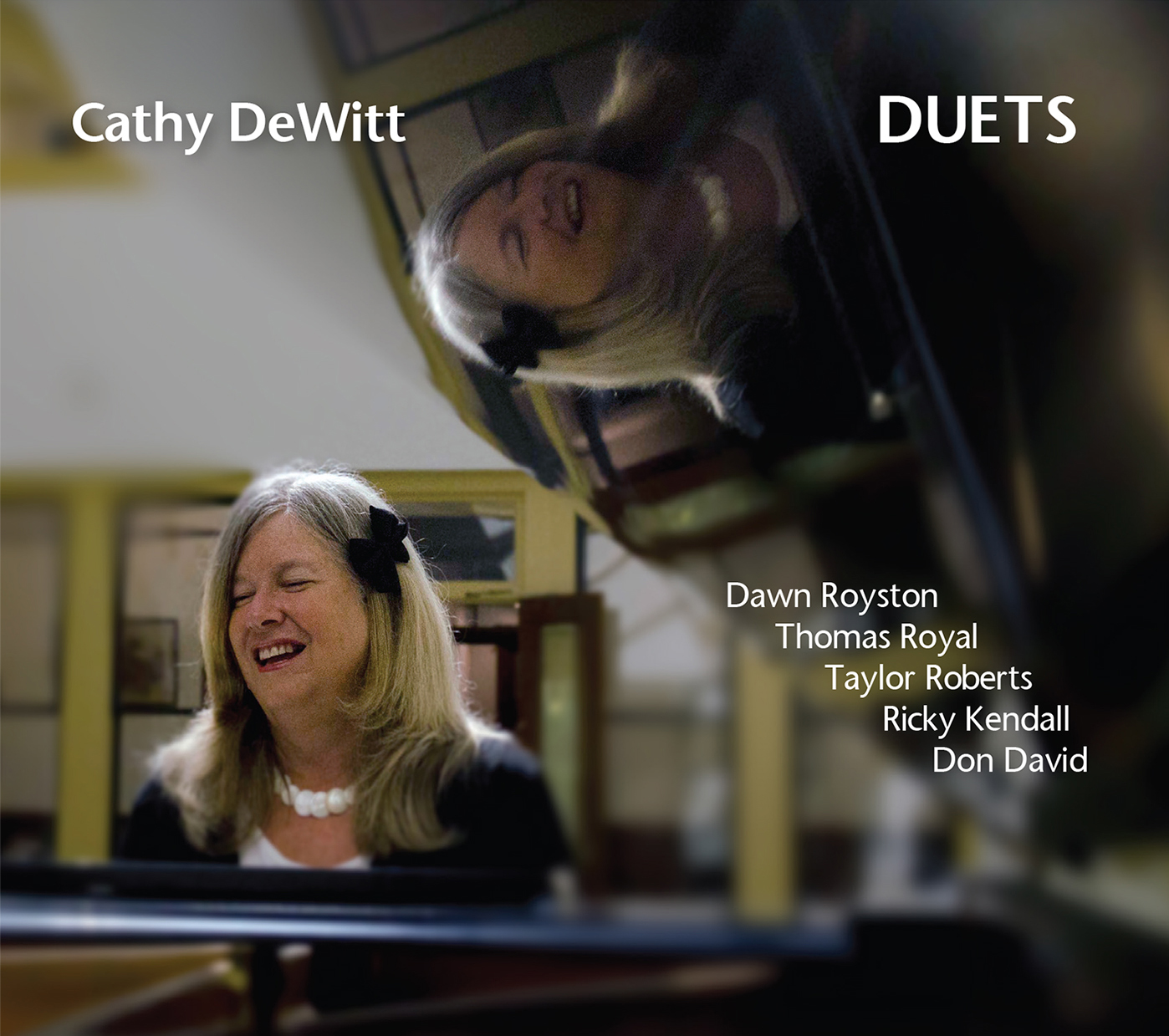 I Get Spring Fever in The Fall (Cathy DeWitt) —with Ben, Ed, David, and Jon. I wrote this after enjoying a lovely autumn weekend in the Hudson River Valley; Ben and Ed capture the playful mood and spirit of this song so well. Skylark (Johnny Mercer, Hoagy Carmichael)”]—with Dawn, Thomas, David, and Jon. One of the most beautiful songs ever written, a perfect match for Dawn’s enchanting voice. Like Someone in Love (J. Van Heusen, J. Burke)”]—with Taylor. Trying out songs, Taylor and I just both immediately knew and loved this one. Love is Here to Stay (George & Ira Gershwin)”] —with Ricky, Thomas, David, and Jon. Maybe my favorite love song, and what a delight to sing it with the amazing Mr. K. Why Did I Choose You (Herbert Martin, Michael Leonard)”] —with Thomas. Thomas says this achingly beautiful song “just plays itself”, but I know it’s him… Bye Bye Blackbird (Ray Henderson, Mort Dixon)”] —with Dawn, Ben, Thomas, David, and Jon. Dawn and I have so much fun singing together, and I think it’s really obvious here. Strange Meadowlark (Dave & Iola Brubeck)”] —with Ed, David, and Jon. Thank God Ed and I both love Dave Brubeck, and he can really play it! Rainbow Connection/Over the Rainbow (Paul Williams, Ken Ascher/Harold Arlen, E.Y. Harburg)—with Dawn, Christine, and Thomas. Two songs that should be equally treasured; Christine’s melodious flute weaves around us like another singer, and I think Dawn channels a little Judy G on her Rainbow tune… Blue Bossa (Kenny Dorham, Cathy DeWitt)”]—with Ben, Thomas, David, and Jon. A signature song for me; I wrote these words to Kenny Dorham’s wonderful instrumental for the late great Charlie Bush, who taught it to me. Jon sets a great groove on this one. I Remember You (Victor Schertzinger, Johnny Mercer)”]—with Ben, Thomas, David, and Jon. Recorded early in the morning with the band one day, this one almost opened the album. Into The Mystic (Van Morrison)”]—with Don, Taylor, and Rob. I said “Taylor, I’d like to take a tune that’s not a standard and jazz it up somehow… Do you know Into the Mystic?” And he came up with this. Had to get Don David, who sings this so well. Rob added his subtle percussion to complete the mystical mood. And Not a Sound Was Heard (Cathy DeWitt, James Dillet Freeman)”]—with John, David, and Jon. Previously released on my album The Traveler, this playful piece was a collaboration across time and space, with words from Unity’s poet laureate James Dillet Freeman. 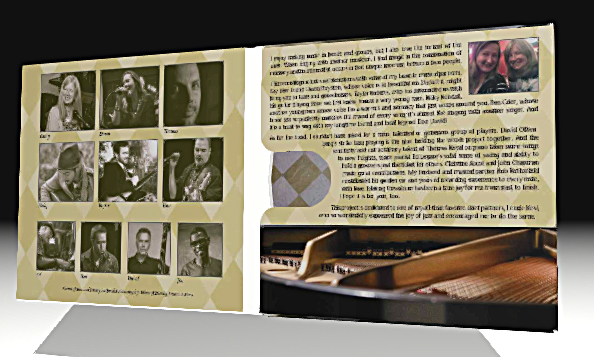 I enjoy making music in bands and groups, but I also love the format of the duet. When singing with another musician, I find magic in the combination of intimacy and freedom that occurs in that unique moment between two people.

This recording includes collaborations with some of my favorite musical partners. My dear friend Dawn Royston, whose voice is so beautiful on Skylark it might bring you to tears and goosebumps. Taylor Roberts, who has astounded us with his guitar playing since we first knew him as a very young man. Ricky Kendall, another young man whose voice has a warmth and intimacy that just wraps around you. Ben Grier, whose tenor sax so perfectly matches the mood of every song; it’s almost like singing with another singer. And it is a treat to sing with my longtime friend and local legend Don David!

As for the band, I couldn’t have asked for a more talented or generous group of players. David Ottenberg’s stellar bass playing is the glue holding the whole project together. And the sensitivity and extraordinary talent of Thomas Royal on piano takes some songs to new heights, while pianist Ed Legare’s solid sense of swing and ability to hold a groove is just the ticket for others. Jon Jackson’s impeccable rhythm keeps us all on track. Christine Alicot and John Chapman made great contributions. My husband and musical partner Rob Rothschild contributed his golden ear and years of recording experience to every note, with love. Making this album has been a true joy for me from start to finish. I hope it is for you, too.

This project is dedicated to one of my all-time favorite duet partners, Lennie Kesl, who so wonderfully expressed the joy of jazz and encouraged me to do the same.

“Wow! Great duet album! I was really impressed with your beautiful songs and complementary vocal arrangements with Dawn Royston. The saxophone, piano, and bass are excellent too.”

“Cathy DeWitt just put out a great jazz Duets album and I got to contribute to one of the tracks. Cathy has been making music in Gville consistently for many years and this album is a beautiful tribute to some great standards.”

“I LOVE IT!!! It put me in such a wonderful space after a very hard day! I am going to play this album every day until it wears out. It is my sanity music.”

“This is just so beautiful, and what top notch musicians. It’s my new favorite!”

“This album is brilliant!” 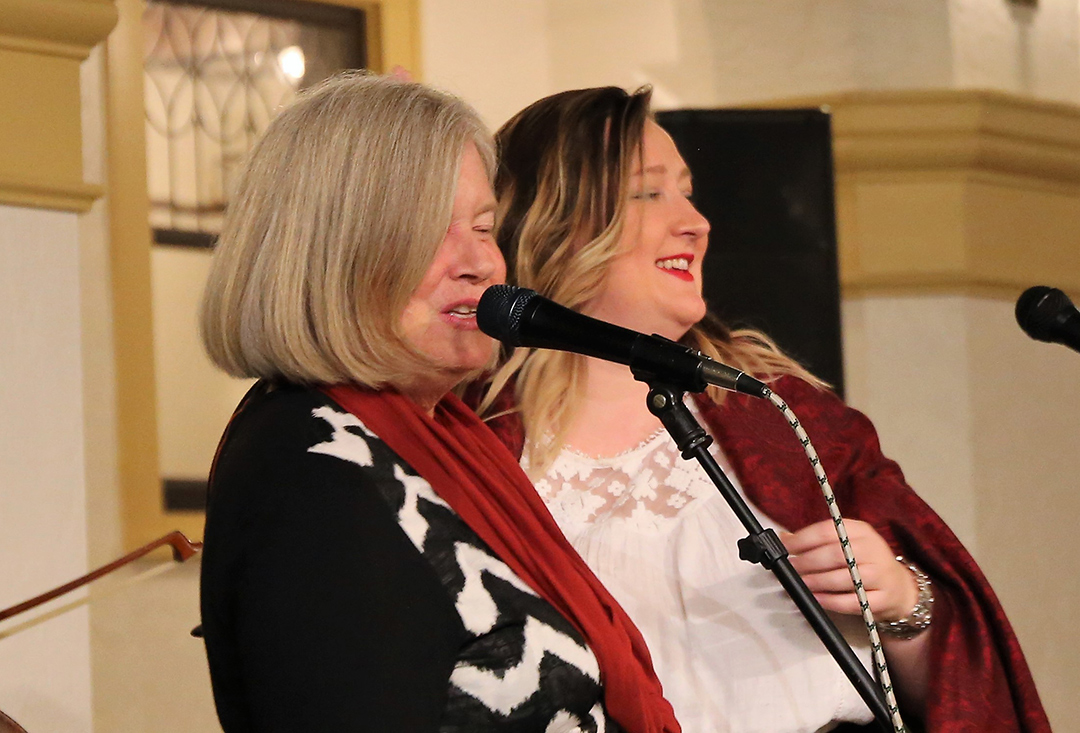 The CD Release Concert at the Thomas Center 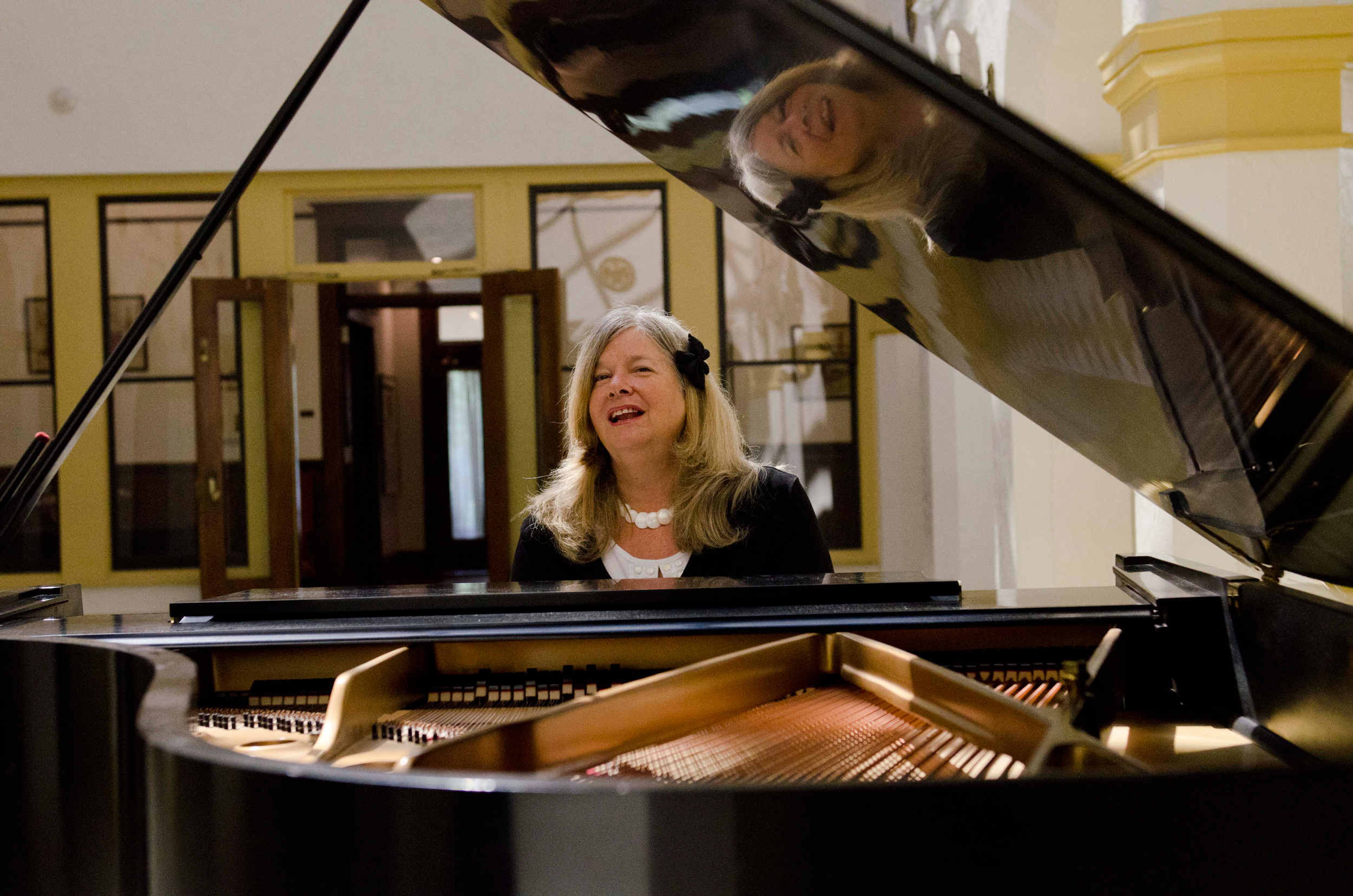